I blogged almost a year ago about our plan to let the dummy fairy take Ds dummies, she did really well for the first night or so but it was short lived and she found trying to sleep without them so distressing we (I know I know) decided to postpone and try again later in the year.

Watching her sobbing at night both when getting off to sleep and when she woke in the night was just too heart breaking. She obviously wasn't ready and needed the comfort so at just 2 it seemed crazy to put her through the upset. She only had the dummies at sleeps anyway so we vowed to try again at Christmas and left it at that. 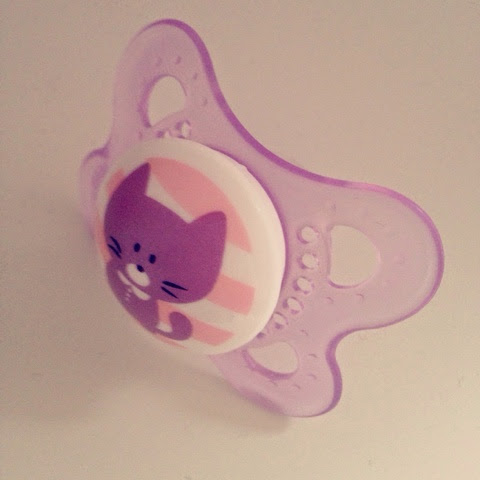 I admit I felt a bit of a failure as a parent for still allowing her to have them back (it's such a controversial subject and some people are super opinionated about whether babies should have them, when they should go etc) but it dawned on me when we first tried to get rid of them, I have never let D cry to sleep, never failed to attend to her when she was upset and have in every other way followed her lead developmentally (dropping milk feeds, blw, potty training etc) with all of these she moved on and got the hang of things without batting an eyelid so I stopped listening to people telling me she shouldn't have a dummy anymore and went back to following my instincts and responding to my little girl's needs. I was also pregnant with F at the time and knew she had a lot of changes ahead of her so just didn't feel taking away the comfort she loved at night was actually that big a deal.

Christmas came and went and we set 1st Jan as D day. Unlike last time we didn't make a big fuss of it, we talked about it leading up so she knew it was coming and she just popped them into her stocking for Santa to collect. He kindly left her a torch in return as she's wanted one for ages and we thought it could be a distraction in bed at night.

Unlike the first time round I didn't want to blog any big success as I knew this may be a longer process but we've done nearly a month now and I know we won't be going back this time, I can tell D is more than capable of dealing with this change even though it's clear she was still sad to say goodbye to her beloved 'nummies'. In fact this time she was really positive about the change, talking about how now she's 3 she's a big girl and doesn't need a dummy, even seeing F have one hasn't changed things and believe me I was fully expected to spot her having a sneaky suck every now and then!

I actually feel quite sad writing this. Perhaps if I'm honest a little bereaved for my baby. It's funny but I think I also found letting go of the dummies hard, she's excelled in terms of ditching bottles, eating, talking, getting out of nappies etc so this is the last bit of her being a baby. She's done brilliantly and I'm so proud of her - she's sleeping much better as she's not scrambling around for lost dummies (or worse calling for us to find them) and although she's dropped her naps as a result I'm enjoying the change in routine and having my big girl with me for a full day with a nice straightforward bedtime.

If you're reading this and thinking you need to ditch the dummies my advice would be to follow your child's needs, if it's not affecting their development (talking,eating etc) they'll tell you when they're ready and believe me it's a whole lot less heart breaking for all involved that way!
Posted by Unknown at 13:24