So the big day came, New Year's Day and new big girl bed for D. I though this would be a good time to give it a shot as I had a bit of time off work so would be able to handle and sleepless nights if needed. 4 days in and I thought I'd write a little report, we're not settled in completely yet but certainly getting there.

First night - I had expected a struggle, Daisy is pretty headstrong so I knew this wouldn't be easy but I was surprised at her determination, she must have got out of bed 30 times before finally going to sleep over an hour later. Thankfully once asleep she did stay there until morning so pretty happy with that. 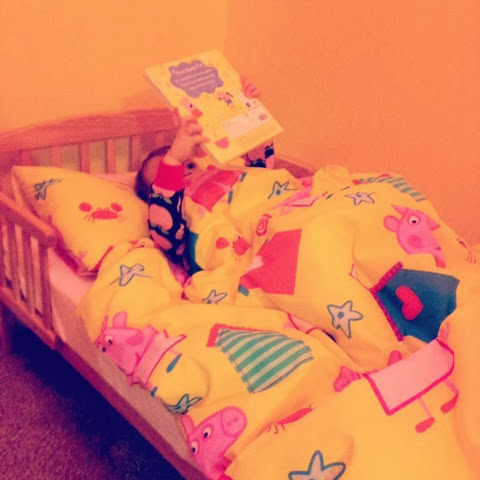 Day two - The next test came at nap time, Daisy normally goes down really well for her naps and generally I'm waking her up after a couple of hours. We had a quick story but once again she was up as soon as I left the room. I stayed in my bedroom next door and this time only had to return her 3 times, it felt like a major achievement. I realised her leaving the bed is a little bit of defiance so I still leave the room even if she's swung her legs out of bed again as she actually put herself back to bed today and went to sleep.

Bedtime came round and expectiAng a struggle I had my iPad, magazine and a drink ready for another evening camped in my bedroom but to my surprise she got up just the once and was asleep within 30 minutes.

Day three - Even better! she didn't get up once and she slept through till 8am despite the shocking wind and rain outside. For the first time in ages I woke up feeling refreshed and without a banging headache.

Day four - she's still awake after 10 minutes and I have been in to confiscate her singing teddy as they were getting a bit too energetic dancing on the bed. That said she's not come out and I'm downstairs so fingers crossed........

For those interested the bed is from Kiddicare and is absolutely lovely, really sturdy and just the right height for D to get herself in and out. Despite wanting to add a beautiful vintage patterned duvet cover (something I would love) I let D choose her own, I thought it would make the move a bit more special and keep her in control. Of course we ended up with Peppa Pig but thankfully it matches the room really well. 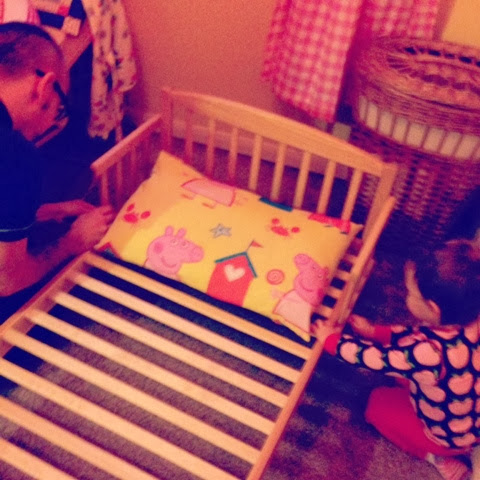 We also chose not to use a bed guard as the bed is so low and I wanted D to learn to feel the edge of the bed and not rely on a guard. At the moment we're using the old cot mattress on the floor in case she falls but we haven't needed it so far. 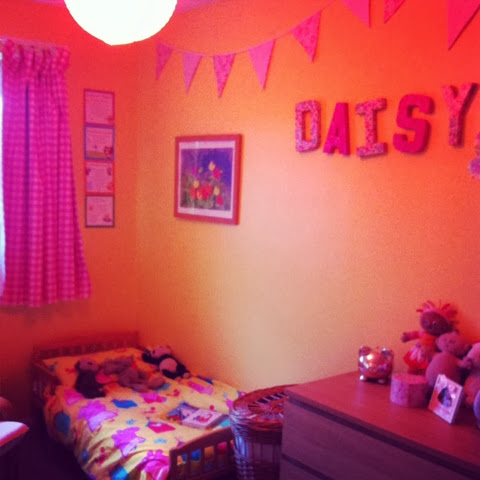